The UCSD Green New Deal movement is organizing a community of students, staff, and faculty to press the university to be a leader in addressing the climate crisis—and we’re looking for YOU to join us and help shape a series of campaigns to make it happen.

The first action is the:

On September 27th, we will be walking out of our workplaces and homes to demand action on the climate crisis. Join us at UC San Diego!

We are advocating for UC San Diego to:
1) Teach your students about climate change and climate justice
2) Specify and meet carbon neutral goals by 2025
3) Build a UC-wide Green New Deal

TLDR: The world isn’t waiting. Neither are we.
September 27th.
March for Climate Action.

Sign up for the march on Eventbrite or Facebook, share the invitation with at least ten of your UC San Diego-affiliated friends, and contact us if you have questions or want to get involved on a deeper level!

Following the Climate Action March, the first meeting of the UCSD Green New Deal movement is October 4th (and will continue to meet the first Friday of every month, in addition to direct actions and other efforts). Sign up for our email list or follow us on social media to stay up to date and get involved!

Green New Deal at UCSD2 weeks ago
The UC Regents are meeting on July 20-22. Use our comment toolkit at bit.ly/RegentsJuly2021 to sign up by Sunday, July 18 to make a phone comment to the Regents and submit a written comment.

We are urging the Regents to expedite the transition to a fossil fuel-free UC. This year’s state budget includes a one-time investment of $300 million for UC upgrades and expansion and development of energy efficiency projects across the UC. Some of these funds should be used to pay for “shovel-ready” campus plans for electrification that position the UC to retire campus fossil-fuel infrastructure this decade and to expand campus renewable energy generation.

This is our chance to get our voices heard by top UC decision-makers!

Green New Deal at UCSD3 weeks ago
Hope everyone is having a restful summer ☀️
Our monthly First Friday meeting will be this week on July 9, 4:30-6pm PDT. Since it is summer, the meeting will be more casual — we’ll check in with one another and share climate action ideas for the upcoming year. New members are always welcome!

Green New Deal at UCSD1 month ago
If you haven't already seen it, the link to our most recent op-ed is below, along with a cartoon that further illustrates the UC's current response to the climate crisis (credit: Adam Aron & Andre Salehian).

UCSD Green New Deal @ucsdgreennewde1
19 hours ago
California energy experts, please help out a grassroots movement.
Why does the University of California and its sustainability officers keep claiming that, when they purchase electricity, they're getting it "100% carbon free" when this is the actual mix:
https://t.co/iCjom4B4Jg https://t.co/NGOujxV02m
View on Twitter 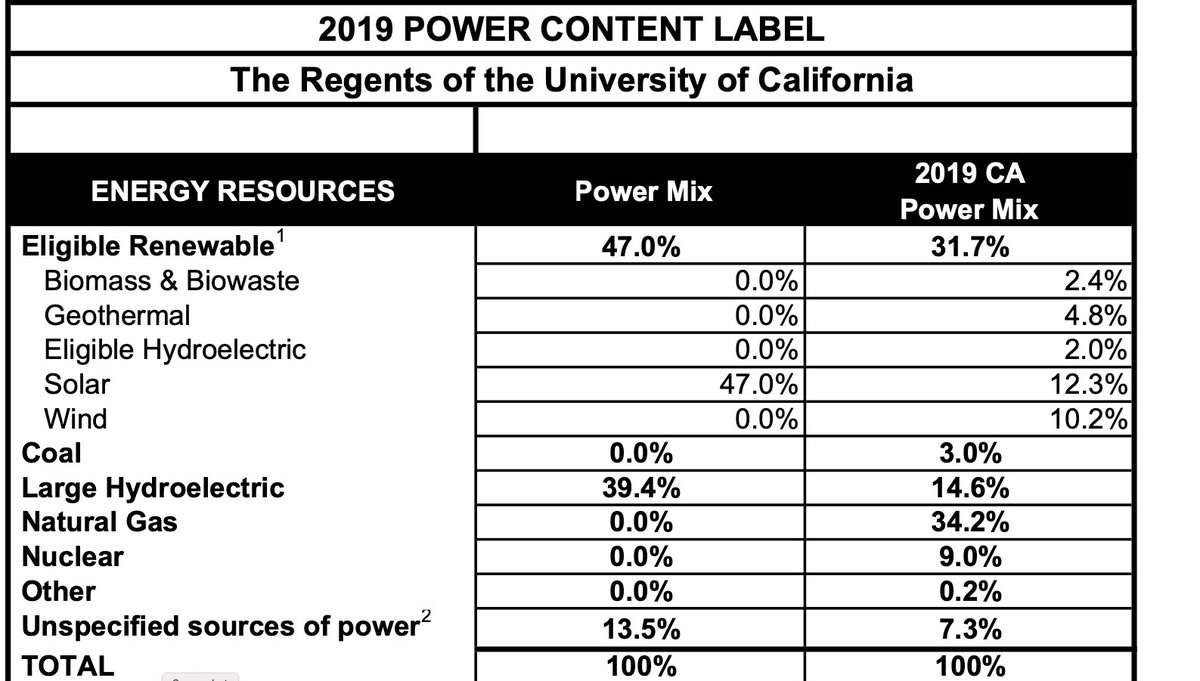 UCSD Green New Deal @ucsdgreennewde1
22 hours ago
What's in and what's out of the infrastructure Bill.
Amazing graphic from @nytimes
https://t.co/MoyKYEnhH1
View on Twitter
3
0

UCSD Green New Deal @ucsdgreennewde1
2 weeks ago
Wise and inspiring words from expert organizer, Masada Disenhouse.
So proud to work with her.