Q: Doesn’t the University already have a plan for zero carbon?

A: The UC has a ‘carbon neutrality plan,’ which is different from genuine decarbonization. The carbon neutrality plan originally had 3 components: offsets, directed biogas and sourcing more of our electricity from renewables sources in the state. The directed biogas component appears now to be minimal (see FAQ below); the sourcing of electricity from more renewable sources is good, but it remains to be seen if UC delivers on this, and it only accounts for a small proportion of UCs energy needs (especially given that so much new construction is happening on some campuses). It appears that the crux of “carbon neutrality” now relies on ‘offset’ schemes. Under these we pay people in low-income countries to plant trees or use lower-emissions technologies (such as cookstoves) so that we can continue to emit hundreds of thousands of tons of CO2 and methane. These schemes are well known to be ineffective, not to mention morally dubious [1]. Further, the carbon neutrality plan essentially exempts transportation to/from campuses and air travel. The University has put off dealing with these until 2050, two decades too late according to the 2018 report of the Intergovernmental Panel on Climate Change (which specified 45% emissions reductions by 2030). Carbon neutrality is not zero carbon! And we regard offsets as a confusing smokescreen.

Q: Isn’t it totally unrealistic to expect the UC to decarbonize its operations?

A: If Stanford University can do it, so can we.

Q: Isn’t the University of California a world leader on climate change?

A: Sometimes being a leader early on means that you fall back when the rest of the world catches up. The UC’s carbon neutrality goals were perhaps ambitious in 2013. But things have changed since then. Global warming is accelerating at a much faster rate than scientists predicted, while solar and wind energy have become much more affordable. It’s also not clear that UC would even meet the modest goals it set itself for 2025 (and see above for problems with the carbon neutrality concept). To lead the way, the UC needs to update its plan and make the campuses accountable for the implementation of genuine emissions reductions.

Q: Why electrify when the UC has plans to replace natural gas with biogas?

Part of the university’s plan for carbon neutrality is to replace natural gas with biogas, which on the face of it seems like a wonderful solution. Biogas is produced when organic materials such as manure, food waste, agricultural wastes, and sewage decompose. Once treated to remove impurities, biogas is essentially identical to fossil natural gas and can be substituted directly for it. Unfortunately, there are some major problems with this very appealing idea. First is cost. Biogas is expensive to produce, especially in California, where the regulations are stricter than elsewhere in the US. The university has therefore invested in biogas facilities in Wisconsin and Louisiana, and uses them as credits under California’s carbon trading scheme. Second, while these schemes are supposed to offset about 5% of campus emissions over twenty years, there are so many uncertainties (about cost, supply, and the contracts that certify the offsets) that plans to scale them up are on hold. Third, there is a real problem of leakage of the methane from the anaerobic digesters. Methane is up to 100 times more potent a greenhouse gas than C02, and it accounts for upwards of 25% of global warming. Finally, we note that even when biogas is onsite (rather than ‘directed’ from afar), there are difficulties too. The one UC campus that has an onsite facility, UC Davis, converts its food waste (plus some from LA) into biogas, which it burns to make electricity. But this accounts for a mere 0.5% of the electricity consumption for that campus. To conclude, local biogas and directed biogas are not good solutions. As the 2018 report of the UC ‘Natural Gas Exit Strategies Working Group’ stated, any serious path to stopping global heating goes through electrification.

A: After a multi-year campaign for a Fossil Free UC, in 2019, the University said that it would divest from the oil and gas sector if and when it seemed to be wise from a financial standpoint. In 2020, the Chief Investment Officer said that the portfolio was fossil free, but went on to say that as far as he was concerned, oil and gas stocks represented only ‘a financial risk or a financial opportunity.’ This means the university can, and surely will, buy back fossil fuel investments any time they are financially attractive. Our demand is for permanent divestment, and transparency, in the form of a yearly audit.

A: This is a phase we use to cover a set of actions we want the UC to take on Finance. This includes (1) ridding its investments (the endowment and pension) of fossil fuel stocks (our campaign here is mostly a win, but we are waiting on full transparency), (2) changing its banking practices, so that it does not use banks that finance the fossil fuel industry, (3) changing the insurers it uses for buildings and projects, so it does not use insurers that finance the fossil fuel industry. We also want to help raise consciousness of all UC members about personal UC retirement investments (so they have a genuine place to put those that is mostly or entirely fossil free), and so that they also shift their personal bank accounts away from the worst-offending banks.

[1] that example is tailored towards offsets for aviation, but the issues are the same for other offsets, such as those UC aims to buy.

Green New Deal at UCSD4 days ago
Action opportunity: The UC Board of Regents are meeting next week, Jan 18-20th, and you can give public comment! We're encouraging people to submit comment urging the Regents and President Drake to expedite the transition to a fossil free UC.

Join us in taking action! Check out our handy toolkit for instructions on how to submit comment and for talking points ideas: http://bit.ly/RegentsJan2022

Green New Deal at UCSD6 days ago
The UCSD Sustainable Investment Group is hosting its inaugural Climate Career Fest on Jan. 19 from 4-6pm PT! The event is open to the general public and will feature panels on climate-adjacent careers in energy, finance, tech, and academia.

Green New Deal at UCSD2 weeks ago
Check out this excellent review of the Coming Clean documentary written by one of our members, Phoebe Skok, for The Climate Change Review:

In 2013, the UC system announced their goal to become carbon-neutral by 2025. Dive deep into the key issues of the Carbon Neutrality Plan.
1    View on Facebook

UCSD Green New Deal · 4 days ago
@ucsdgreennewde1
If you're in the UC system please write to the powerful UC Regents asking them to reduce our carbon emissions for real!
https://t.co/r7XmHAPP6s https://t.co/xj1C5eWryv
View on Twitter 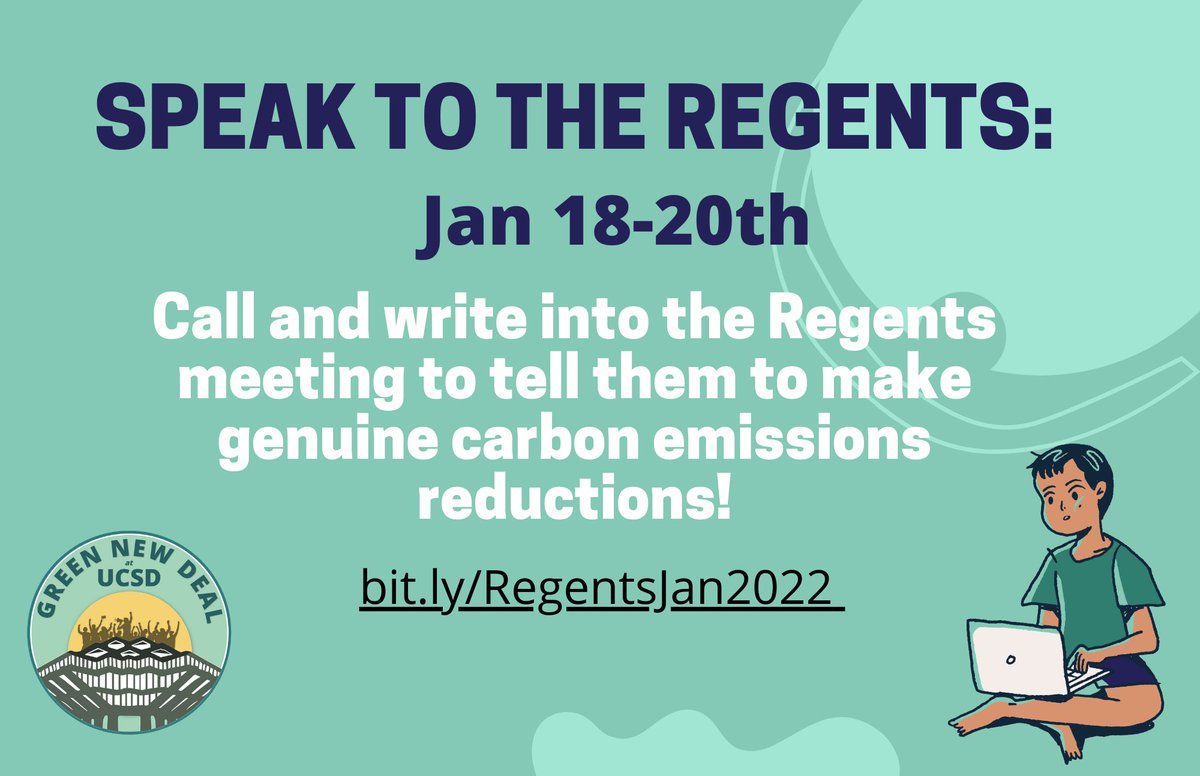 UCSD Green New Deal · 4 days ago
@ucsdgreennewde1
New plant opening this year will ... "recycle 30,000 metric tons of lithium-ion batteries per year. ...
An even bigger one opening in Canada.
https://t.co/4j9Jj1AVgh
View on Twitter
0
3 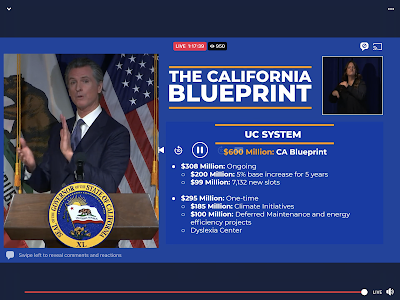