Dear Executive Vice President of the UC (Rachael Nava) and Fellow Members of the UC Community,

Thank you very much for meeting with us (on Dec 11th) and engaging in a highly productive discussion regarding how to accelerate UC’s climate action. We came with three asks: 1) Make detailed ‘shovel ready’ electrification plans for the campuses with co-generation plants; 2) Change the language and goal from Carbon Neutral to Fossil Free, 3) Partner with us to present these new ideas to President Drake.

We were so gratified to see the beginnings of a consensus around developing actionable electrification plans for the campuses; plans that would then be ready for financing from Federal Green Recovery funds, or State or philanthropic funds, as so clearly stated by Chief Financial Officer Brostrom. There also seemed to be much agreement that a reframing of UC Climate Action is in order, reflecting its evolution from Carbon Neutrality (with an implied emphasis on offsets) to Fossil Free (with an emphasis on real emissions reductions on the campuses).

We look forward to hearing from you early in January regarding the results of your consultations with your climate action team, and we also look forward, soon thereafter, to jointly presenting this new vision to President Drake.

On behalf of those of us who met you last Friday, the 3500 signers of the UC Energy System Petition, and the UC Green New Deal Coalition.

Green New Deal at UC San Diego6 days ago
We stand in solidarity with UAW academic workers, as climate justice goes hand-in-hand with workers’ rights. Below is our Statement in Support of UAW Academic Workers from UCSD Faculty and Staff Working for Climate Justice that we sent this morning to President Drake and Provost Brown ✊🌎:

Finalized November 21, 2022 Statement of UCSD Faculty and Staff Working for Climate Justice in Support of UAW Academic Workers Dear President Drake and Provost Brown, We are faculty and staff at UC San Diego working for climate action and justice within our institution and our larger communit...
1    View on Facebook

Green New Deal at UC San Diego2 weeks ago
🚨🚨🚨ACTION ALERT: Speak to the Regents: Submit Public Comment to call on the UC to be fossil-free!

See slides below for more information on how to submit comments as well as what you can say.

.What power do the Regents have?

The UC Board of Regents establishes all major UC-wide policies and initiatives, such as: the cost of attendance, campus admissions, environmental policy, UC employee compensation, land management, and they perform long-range planning for all UC campuses and locations. In other words: consider them the highest legislative body of the UC — meaning: they have the power to enact policies (like a UC Green New Deal) that would fast track the UC to becoming fossil-free within the decade and ensure a just and equitable transition.

What can we do?

NOW, despite the Regents being unelected and relatively unaccountable to the people of the UC they’re supposed to serve, they DO have bi-monthly meetings that are open to the public for comment. This provides us the opportunity to make our voices heard and push for UC-wide electrification among other climate initiatives within our 70-page UC GND policy platform. We are presenting this mega-list of policies to the UC as a BUFFET of climate solutions that are at their disposal to enact. The solutions exist, what is lacking is the political will to implement them. Join us Nov 16-17 and let's leverage our voices for change!✊✊✊

Green New Deal at UC San Diego3 weeks ago
Sign this petition to demand Chancellor Khosla to commit NOW to get UC San Diego off the gas by 2030!

Green New Deal at UC San Diego · 6 days ago
@ucsdgreennewde1
Prof Adam Aron, @swaziadam, represented our org at the San Diego City Council today ...
"Hundreds of students will be watching ..." whether the City actually implements its impressive Climate Action Plan, such as a 50% cut in building emissions by 2030, or just talks about it ... https://t.co/UqlYrGrCxf
View on Twitter 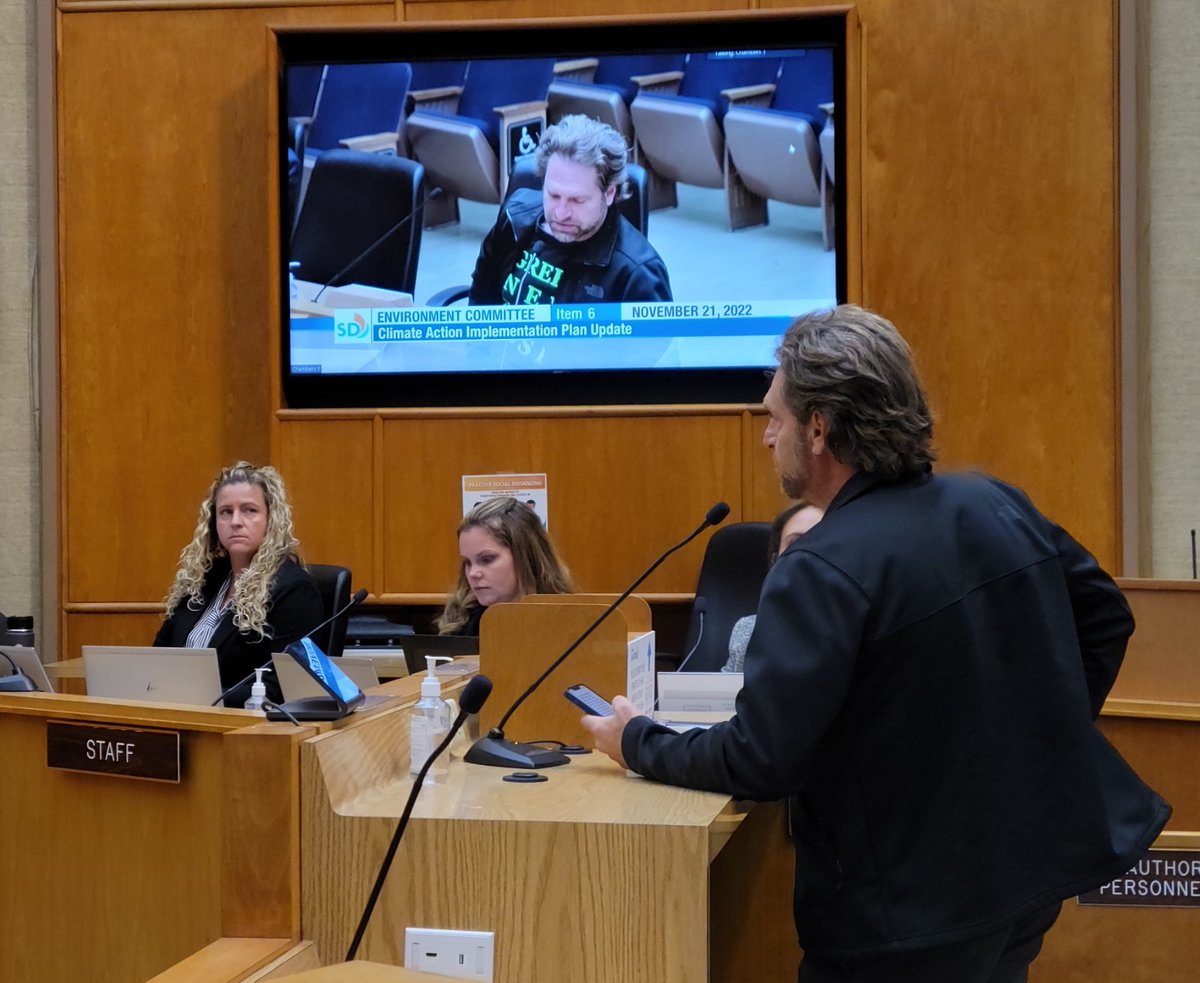 Green New Deal at UC San Diego · 2 weeks ago
@ucsdgreennewde1
Our organization in solidarity with striking academic workers at the Scripps Institution of Oceanography ... and the wider rally outside Geisel Library.
@sruuaw @UCSD_Unions_UAW https://t.co/m0dNmPsM9Q
View on Twitter 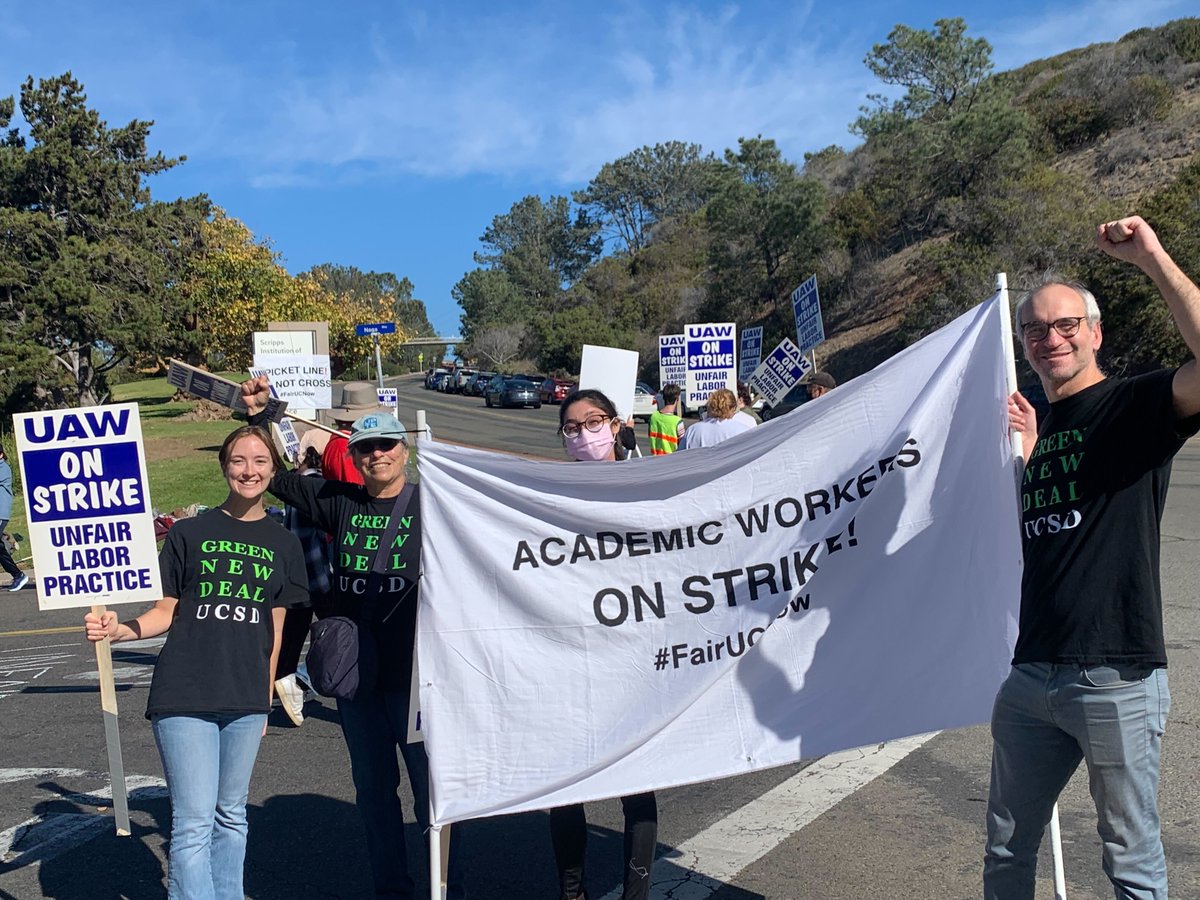 Green New Deal at UC San Diego · 2 weeks ago
@ucsdgreennewde1
Will the University of California start requiring conflict of interest declarations at a minimum for fossil-financed research? Will it go even further and dissociate from fossil-finance partnerships altogether?

Biased against renewables and toward promotion of fossil gas.

Given Big Carbon's big money in academia, this should raise alarm bells.
https://t.co/5qDrrWj948
2
9